There is plenty of reason to fear the intolerance of the Chinese government. On some issues, such as Tibet and Taiwan, official Chinese policy and rhetoric remain strident and unyielding. In mainland China, dissidents continue to be locked up – Liu Xiaobo, a prominent human rights activist, was sentenced to 11 years in prison late last year.

But while China still often treats dissent with a mailed fist, the lesson of Hong Kong over the last 13 years is that Beijing is also capable of using the velvet glove.

China still has a dangerous and uncertain political path to tread, if it is gradually to move towards a freer political system. In Hong Kong, last Friday night, I got a tantalising glimpse of what that freer China of the future might look like. 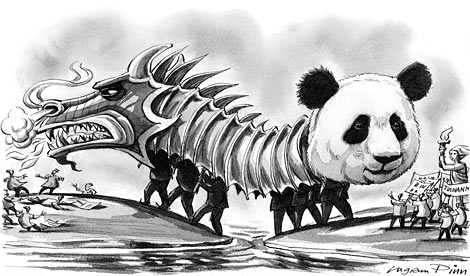